two people sit at the table; their heads are covered with leavened dough; forks are attached on every single finger of the two; both dig their fork claws into the dough slowly changes the appearance of their faces

1st version: for one hour both remain still and without moving, just like a sculpture; the dough slowly changes the appearance of their faces

2nd version: after a while their start to pick dough from the others head and eat it; over the time the two faces re-appear. 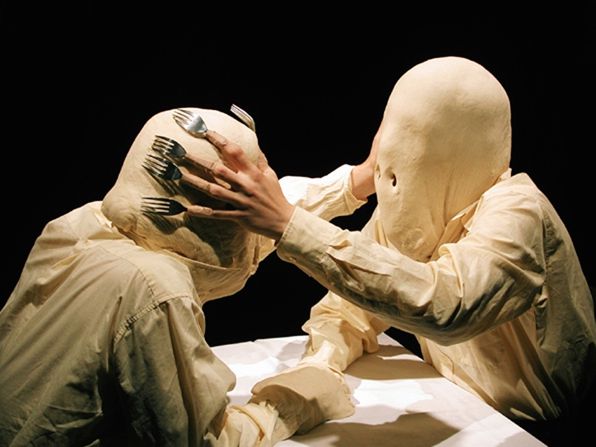